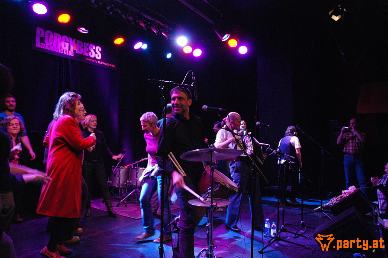 With drum kit, electronics and a myriad of other instruments, using experience, skill and keen musical sense, let's make up the perfect rhythmic accompaniment for your music.

Let me know what you want and I will produce it for you. We can create it together or just leave it up to me.

A few of the artists and bands I've toured with or recorded with include: